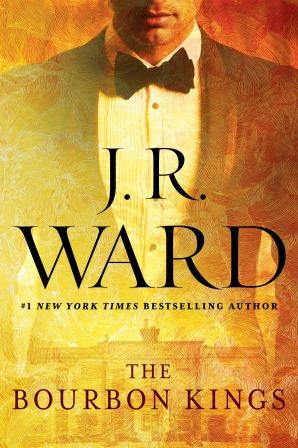 The #1 New York Times bestselling author of the Black Dagger Brotherhood delivers the first novel in an enthralling new series set amid the shifting dynamics of a Southern family defined by wealth and privilege—and compromised by secrets, deceit, and scandal….

For generations, the Bradford family has worn the mantle of kings of the bourbon capital of the world. Their sustained wealth has afforded them prestige and privilege—as well as a hard-won division of class on their sprawling estate, Easterly. Upstairs, a dynasty that by all appearances plays by the rules of good fortune and good taste. Downstairs, the staff who work tirelessly to maintain the impeccable Bradford facade. And never the twain shall meet.

For Lizzie King, Easterly’s head gardener, crossing that divide nearly ruined her life. Falling in love with Tulane, the prodigal son of the bourbon dynasty, was nothing that she intended or wanted—and their bitter breakup only served to prove her instincts were right. Now, after two years of staying away, Tulane is finally coming home again, and he is bringing the past with him. No one will be left unmarked: not Tulane’s beautiful and ruthless wife; not his older brother, whose bitterness and bad blood know no bounds; and especially not the ironfisted Bradford patriarch, a man with few morals, fewer scruples, and many, many terrible secrets.

As family tensions—professional and intimately private—ignite, Easterly and all its inhabitants are thrown into the grips of an irrevocable transformation, and only the cunning will survive.

New York, NY; October 30, 2014 – New American Library, a division of Penguin Random House, announced today that it will publish in hardcover the first book in a new contemporary series from #1 New York Times bestselling author J.R. Ward on July 28, 2015.
Launching with a novel of the same name, The Bourbon Kings series will introduce readers to the Bradfords, a wealthy, aristocratic family in Kentucky who made their money from bourbon.
The books have already been optioned for television by Endemol Studios, the entertainment and production company behind the international hit TV series Big Brother, Deal or No Deal, Wipeout, Hell On Wheels, The Fall and Peaky Blinders, among others.
Set in the heart of bourbon and horse country, The Bourbon Kings marks a departure for Ward who hasn’t written extensively about Kentucky, though she lives in The Bluegrass State and has deep ties to the surrounding community.
Ward said: “The Bourbon Kings are just like my Black Dagger Brotherhood vampires, flawed heroes for strong women who live and love in a vivid, ever-changing world of passion and excitement. Readers can expect the same big emotions, epic storylines, and soul-deep love stories in these books—as well as those signature, OMG, I have to know what happens NEXT! kind of endings.”
With more than 15 million of her novels in print worldwide, Ward is an international bestselling author best known for her phenomenally popular paranormal Black Dagger Brotherhood series about a group of warrior vampires. Dark Lover, the first book in the series, was published in 2005, and reader reaction was immediate. Just eighteen months later, the fourth book in the series, Lover Revealed, hit the New York Times bestseller list. Since then, Ward’s novels have held the #1 spot on the New York Times hardcover, mass market, eBook, and combined print/eBook fiction bestseller lists and have debuted in the Top Five on the USA Today bestseller list. Ward and her books have been featured in USA Today, Entertainment Weekly, The Boston Globe and The New York Times.
“The Bourbon Kings has all the hallmarks of Ward’s hugely successful Black Dagger Brotherhood books—fascinating characters, compelling interwoven plotlines, passionate love stories—while also feeling completely fresh. I’m thrilled to be starting a new series with the extremely talented J.R. Ward and am confident that readers will also find this one irresistibly addictive,” said NAL’s Senior Vice President and Publisher Kara Welsh.
The Bourbon Kings series will follow the Bradfords, those who work for them on their estate, Easterly, and several other wealthy Southern families involved in Kentucky’s bourbon industry. 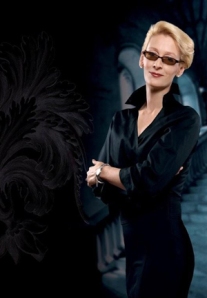 Jessica Rowley Pell Bird was born on 1969 in Massachusetts, USA. She is the daughter of Maxine F. and W. Gillette Bird, Jr. She began writing as a child, penning her thoughts in diaries as well as inventing short stories. She read her first Harlequin Presents novel in a rose garden when she was in her teens. She was hooked immediately. By the time she went to college, she had boxes and boxes of Harlequins and Silhouettes. Every year, her mother would ask why all those books had to live in the house and Jess would reply that if even one of them disappeared she would know. (She’d catalogued them.)

Jess finished her first romance manuscript the summer before her freshman year of college. She attended Smith College and graduated with a double major in history and art history. She then received a law degree from Albany Law School. Shortly after that, she began working in the healthcare industry in Boston. She spent many years as one of the premier medical center’s Chief of Staff. While working as a lawyer in Boston, she completed two novels more and started a number of partials. In 2001, Bird married John Neville Blakemore III. Both her mother and her new husband kept telling her to send something in to an agent, a publisher, the Tooth Fairy, anyone. She thought they were nuts, but eventually got her nerve up and bought a lot of stamps. Since getting published, she has written contemporary romances as Jessica Bird and paranormal romances as J. R. Ward. She has been a Rita Award finalist, received two Romantic Times Reviewer’s Choice nominations and has been a HOLT medallion finalist.

New England born and bred, Jess is surprised to find herself living south of the Mason Dixon line. (But that’s what happens when you marry a Southern gentleman.) She and her husband live with their golden retriever, who oversees her writing in a supervisory role. 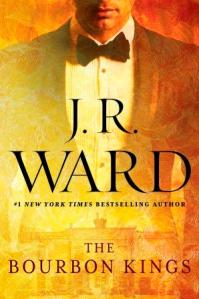