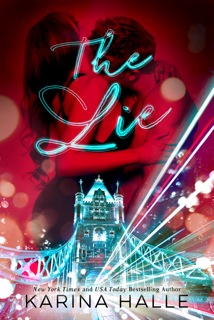 Their love led to a lie.

Their truth led to the end.

Scottish enigma Brigs McGregor is crawling out from the ashes. After losing his wife and son in a car accident – and, subsequently, his job – he’s finally moving forward with his life, securing a prestigious teaching position at the University of London and starting a new chapter in the city. Slowly, but surely, he’s pushing past the guilt and putting his tragic past behind him.

Until he sees her.

Natasha Trudeau once loved a man so much she thought she’d die without him. But their love was wrong, doomed from the start, and when their world crashed around them, Natasha was nearly buried in the rubble. It took years of moving on to forget him, and now that she’s in London, she’s ready to start over again.

Until she sees him.

Because some loves are too dangerous to ever rekindle.

And some loves are too powerful to ignore.

Can you ever have a second chance at a love that ruined you?

The Lie is a second-chance romance with a dark, forbidden twist.

Other books in this series: 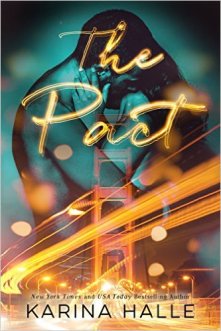 It all started with a pinky swear…

Linden McGregor is tall, rugged, and gunslinger handsome; a helicopter pilot with a Scottish brogue and charm to spare. He’s also one of Stephanie Robson’s best friends and has fit into that box for as long as she’s known him.

Beautiful, funny and an ambitious businesswoman (with one hell of an ass), Stephanie Robson is one of Linden McGregor’s best friends and has fit into that box for as long as he’s known her.

Back in their mid-twenties and tired of the competitive hit-or-miss dating scene of San Francisco, Steph and Linden made a pact to marry each other if neither one of them were in a serious relationship by the time they hit thirty.

It sounded like fun and games at the time but as the years to thirty tick past and lovers come and go out of their lives, the pact becomes larger than life.

Sex is inevitable. Friendships are tested. Hearts are on the line.

The pact is about to change everything.

Note: due to the dirty talk and sexy times, The Pact is not meant for anyone under the age of 18. All characters in THE PACT are in their thirties, therefore this is NOT a new adult book…even though love can mess you up at any age. 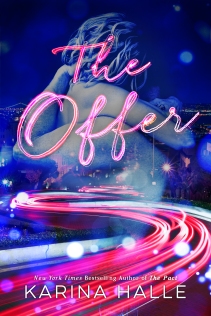 She thinks he’s an arrogant playboy.

He thinks she’s an uptight prude.

But he’s about to make her an offer she can’t refuse.

Nicola Price used to have it all – a great career, the perfect boyfriend, an excessive shoe collection and an apartment in one of San Francisco’s best neighborhoods. But when she gets knocked up and her asshat boyfriend leaves her high and dry, Nicola’s perfectly crafted world comes tumbling down. And stays that way.

Now, Nicola is the proud single mom to a five-year old daughter and living a giant lie. She can barely afford their ghetto apartment and all the men she dates run when they hear she comes with a child. She’s struggling and scared – and nowhere near where she thought she’d be at age thirty-one.

Her saving grace comes in the form of a tall, handsome and wealthy Scotsman Bram McGregor, the older brother of her friend Linden. Bram understands a thing or two about pride, so when tragic circumstances place Nicola at rock bottom, he offers them a place to live in the apartment complex he owns. It’s pretty much the perfect deal, so as long as she doesn’t mind living beside Bram, a man that, despite his generosity, seems to antagonize her at every turn.

But nothing in life is free and as Nicola gets her feet back on the ground, she discovers that the enigmatic playboy may end up costing her more than she thought.

Those McGregor brothers are nothing but trouble… 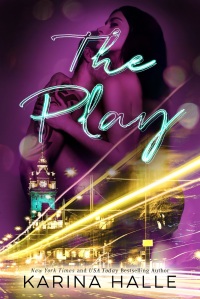 A troubled Scottish rugby player who doesn’t play by the rules.
A vivacious man-eater who’s given up on love.
When it comes to Lachlan and Kayla, opposites don’t just attract – they explode.

Kayla Moore has always been comfortable with her feisty, maneating reputation. At least it was fine until she hit her thirties and saw her best friends Stephanie and Nicola settle down with Linden and Bram McGregor, leaving Kayla to be the odd one out. Tired of being the third wheel with nothing but one-night stands and dead-end dates in San Francisco, Kayla decides to take a vow of celibacy and put men on the backburner.

That is until she lays her eyes on Linden and Bram’s cousin, hot Scot Lachlan McGregor. Lachlan is her sexual fantasy come to life – tall, tatted, and built like a Mack truck. With a steely gaze and successful rugby career back in Edinburgh, he’s the kind of man that makes her want to throw her vow right out the window. But Lachlan’s quiet and intense demeanor makes him a hard man to get to know, let alone get close to.

It isn’t until the two of them are thrown together one long, unforgettable night that Kayla realizes there is so much more to this brooding macho man than what meets the eye. But even with sparks flying between the two, Lachlan can’t stay in America forever. Now, Kayla has to decide whether to uproot her whole life and chance it all on someone she barely knows or risk getting burned once again.
Sometimes love is a game that just needs to be played.

With her USA Today Bestselling The Artists Trilogy published by Grand Central Publishing, numerous foreign publication deals, and self-publishing success with her Experiment in Terror series, Vancouver-born Karina Halle is a true example of the term “Hybrid Author.” Though her books showcase her love of all things dark, sexy and edgy, she’s a closet romantic at heart and strives to give her characters a HEA…whenever possible.

Karina holds a screenwriting degree from Vancouver Film School and a Bachelor of Journalism from TRU. Her travel writing, music reviews/interviews and photography have appeared in publications such as Consequence of Sound, Mxdwn and GoNomad Travel Guides. She currently lives on an island on the coast of British Columbia where she’s preparing for the zombie apocalypse with her fiancé and rescue pup.