Add to your TBR – Goodreads

After her family was brutally murdered, Eve decided one thing.
Never to let anyone in.
To never love again.
EVER.
That way, she wouldn’t ever feel that hurt again.
For a year she’d done just that.
All that was about to change when Kit Carson, a cocky Australian boxer randomly enrolled into her photography course at college and pushed his way into her life.
Kit was everything Eve hated about pretty boys.
Only, he wasn’t a boy.
He was all man.
Despite her dislike for him, even she couldn’t deny her curiosity.
Things were about to change drastically in Eve’s life, and secrets were about to spill out.
All at the hands of Kit Carson. 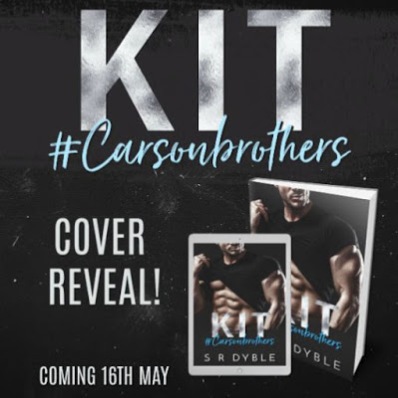 S R Dyble is a writer, mother and a DIY obsessor.
She lives a short drive away from her home, the city of Hull in the UK.
She enjoys using the city’s unusual way of speaking in her books and laughing about it with her readers.