Title: Reckless With You
Series: Less Than #2
Author: Carrie Ann Ryan
Genre: Contemporary Romance
Release Date: December 3, 2019
Blurb
From the NYT Bestselling Author of
Breathless With Her comes a fake relationship romance that’s all too real.

Professing her love to her best friend while wearing only her favorite panty
set and coat probably wasn’t the best decision Amelia Carr has ever made. In
fact, it’s perhaps the worst. But when her family becomes their overprotective
selves while encroaching on her life, she makes a rash decision: her brother’s
best friend will just have to be her beard. Too bad, he has no idea what he’s
in for.

Tucker Reinhard loves women, and they tend to love him even more. Despite the
love, he never would have expected Amelia to come up with the plan she poses to
him. He’ll go along with it, but only because he doesn’t want to see her
hurt—even if that means fighting his best friend.

In the midst of her scheme, Amelia realizes she doesn’t know Tucker as well as
she thought. And neither of them are prepared for what happens when they let
the façade go and see what truly lies beneath. 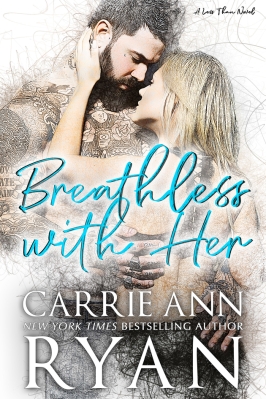 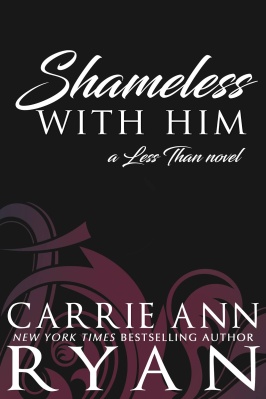 Carrie Ann
Ryan is the New York Times and USA
Today bestselling author of contemporary, paranormal, and young adult romance.
Her works include the Montgomery Ink, Redwood Pack, Fractured Connections, and
Elements of Five series, which have sold over 3.0 million books worldwide. She
started writing while in graduate school for her advanced degree in chemistry
and hasn’t stopped since. Carrie Ann has written over seventy-five novels and
novellas with more in the works. When she’s not losing herself in her emotional
and action-packed worlds, she’s reading as much as she can while wrangling her
clowder of cats who have more followers than she does.
Author Links
WEBSITE
FACEBOOK
INSTAGRAM
NEWSLETTER
TWITTER