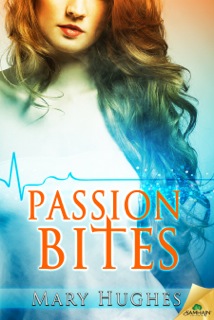 A broken vampire and a driven doctor, seized by a passion neither can afford.

Dr. Alexis Byornsson has her hands full in the ER when her patient’s uncle blows into the exam room. Stitching up a five-year-old’s cut is hard enough without a blond god distracting her all to hell.

To say she’s furious is putting it mildly—not that anyone would notice. Not with the legendary control that’s earned her the nickname “Dr. Frozen”.

Luke Steel never knew a woman chastising him could be so sexy. But for the first time in three hundred years, passion stirs in his gut—along with panic. Since his wife was taken before his eyes in a brutal attack, he’s sworn he’d never feel that powerless again.

Almost before either Luke or Alexis realize what’s happening, they’re sharing a blazing kiss that shatters her logical armor and unleashes his wholly unwanted mating instinct. And spurs a closer-than-skin enemy to put into motion a devastating plan for revenge.

Warning: This book contains a hot doctor and a hotter vampire messing up sterile surfaces. The usual rogue shenanigans, but this time covering deeper motives. Hang on to your stethoscopes at what’s revealed! 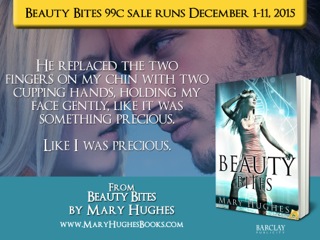 “You are not taking my townhouses.” I glared up into Julian’s blue eyes…no, actually they were a distinct shade of peeved violet.

“They’re not your townhouses.” The lawyer gritted the words around canines a mite longish, and his tone promised death and dismemberment, not necessarily in that order.

Anybody else would’ve been crapping pants’ loads of bricks.

But those voice and eye tricks reminded me of hospital administrators, focused on the almighty bottom line instead of patient care. I’d battled enough of them who’d wielded tone and expression like blunt swords. I wasn’t that impressed.

Besides, I’d had a trying night, and though I ate healthy and exercised, at thirty-nine the little aches and pains of aging were knocking at my muscles and joints.

If he was cranky, I could be cranky right back.

I kicked up my jaw and met him stare for stare. “Yes, they are. Those townhouses are mine.”

“They’re not yours until you pay for them.”

“I put down earnest money plus a security deposit. Ten thousand dollars.” My throat thickened on the words. That ten thousand was all I had. As a physician I made a fair amount, but hefty school loans and a somewhat open hand with my patients, shelters and other charities insured I’d hemorrhaged most of my savings. Yet when the opportunity came, I had to jump on it with everything I had left; Lizelle needed me. “Those buildings are as good as mine, and you’d better back off.”

“You dare to tell me I should back off?” Julian surged forward—not a psychological trick this time, but real emotion goosing him.

Before he could force me off the stoop with his sheer presence, long male fingers curled around his biceps, slim but insanely strong because they immediately checked him.

My body stirred at the strength in those artistic fingers.

The face belonging to the fingers appeared in the doorway a moment later, a movie star’s gorgeous close-up framed by hair of sunshine—and eyes glittering red-gold in the electric light.

My body rose up and shouted halleluiah. I gave it an annoyed whack. Sputtered, “What are you doing here?”

Luke slid past Julian onto the stoop, a lazy smile curving his lips. “Saving you from a tongue lashing.”

Tongue lashing? If it were Luke’s hot tongue…argh. “I can hold my own in an argument.”

“Even with a lawyer?”

“Especially with a lawyer.” I glared around him at Julian.

Julian glared back, violet eyes shading angry red—until Luke popped an elbow back into his gut.

“Oof.” Julian’s eyes cooled to blue. “I don’t have time for this. Steel, deal with her.” He spun and stalked off.

Leaving me face-to-face with six-three of graceful power.

Dr. Alexis Byornsson senses that there is something different about Luke Steel. Six-plus feet of blond godliness that has Alexis’ circuits sizzling, there’s more to him than meets the eye. But as a resident of Meier’s Corner, Alexis knows that there is plenty going on in town that the rest of the world wouldn’t believe. Because Luke Steel is a vampire, yep, the ‘V’ word, and things in Alexis’ world are about to get really interesting.

Although PASSION BITES is the 9th book in the Biting Love series by Mary Hughes, it reads perfectly well as a standalone. The story is full of intrigue, passion, family, twists and turns that keep things interesting, and some really steamy action between Alexis and Luke that keep things REALLY interesting.

Alexis has kept her heart closed off for a very long time. Sure, she’s human, so the occasional physical connection keeps her happy, but when Luke comes ambling into her life, the chemistry is instantaneous and confusing. Because, sure, she can understand the sizzle, but soon Alexis is feeling attached to Luke in a very different way. And Luke, alone since the death of his true mate, Adelaide, is not prepared for the feelings that Alexis stirs in him. Try as he might, he is completely unable to stay away from her, growing increasingly attached in a way that he should not.

I like a good dose of paranormal with my romance, so I really enjoyed PASSION BITES. The story moves along nicely, with well-executed plot twists aplenty. Mary also does a great job with her characters, and there are some really quirky ones in Meier’s Corner, to be sure. I didn’t feel like I couldn’t keep up with the story, even though it’s pretty far along in the series, because I felt like everything holds up perfectly well without a backstory. I would, however, like to go back and read earlier books, because I enjoyed this one so much. 4.5 stars for this one, because this read was a happy reminder that books can be a pleasant surprise when you go in with no preconceived expectations, and because I’m a sucker for folks getting the HEA, even if they are vampires. 😉

***ARC generously provided by the publisher for an honest review.***

As a girl, Mary Hughes spun romantic, happily-ever-after stories to get to sleep. A husband, family, two degrees and a blackbelt later, she’s delighted to spin them for readers.

She’s lived with love and loss, in bright times and dark, and learned we can all use a break from reality every now and then.

Follow the tour and enter to win great prizes!

5 runner-ups will receive an eBook of choice from Mary’s backlist!

Visit all the blogs participating in the tour for reviews, excerpts, guest posts and more chances to win!

Books Can Take You There

Love Affair With an e-Reader

Also look for reviews from: