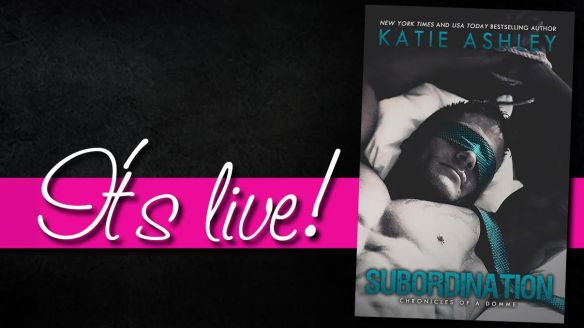 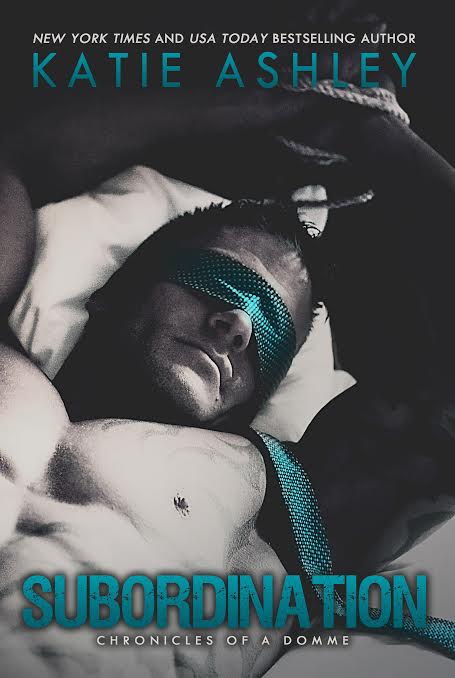 Chronicles Of A Domme

When Sophie Jameson first became a domme at Club 1740, it was more out of financial necessity than it was for personal pleasure and sexual exploration. But over the years as she rocked her leather corsets and boots while wielding every crop and flogger imaginable, she grew to love the thrill and adulation that her clients brought her. But all along, her path in life and her heart was with a different profession—one she was planning to embark on at the summer’s end.
And then he changed everything. Tall, dark, impossibly built—William was the complete opposite of whatever image a male sub conjured up. After all the subs, Sophie finally felt true lust and desire. Although he was the proud stallion who needed breaking, he became the one to make her break all her rules and let down all her walls.
But it was just supposed to be for that one night, but an accidental encounter days later outside Club 1740’s protected walls had the two seeing each other in a different light—as simply Sophie and William, not Domme and sub. While they should have parted ways, they couldn’t. While they should never have gone back to her place, they did.

And that simple mistake has a serious price for both of them. 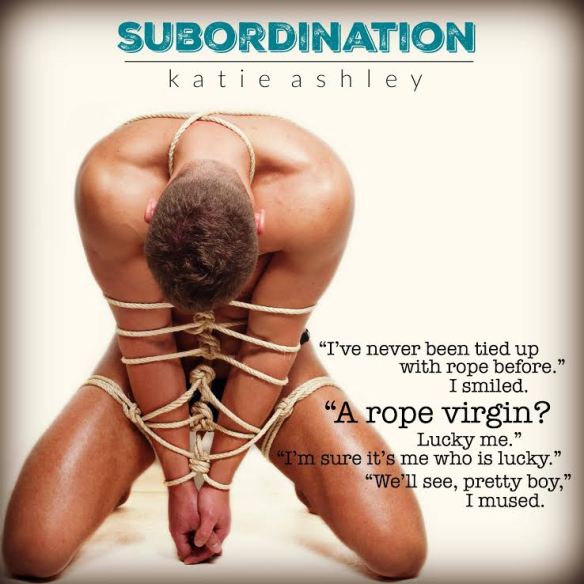 In the distance, a figure crested the hill on his way down from the mountain. Something about the man appeared familiar. Over the years of running at the park, I was used to seeing fellow running acquaintances. But as the incredibly built man grew nearer, my stomach lurched. Oh no, this wasn’t possible. I couldn’t literally be running into someone I’d been in a scene with the night before. In the five years I’d worked at 1740, I had never, ever run into a client.

We were within a few feet of each other when he gave a complimentary nod of hello. Then he literally skidded to a stop, sending bits of gravel flying around us. Just as I started to pass him, acknowledgement of who I truly was flashed on his face.

FUUUUUCK I screamed in my head. With everything I had in me, I raced ahead.

Those two little words from his mouth send me tripping over a limb. As I sprawled onto the ground, my knees bumped along the uneven terrain. Once I came to a stop, pain raged all through my body, although it was excruciatingly centralized in my right ankle.

I rolled into a sitting position and brought my hand to my tennis shoe. “Fuck,” I muttered. It was to address both the pain and the fact that a shadow had crossed over me. A bulky shadow belonging to the only sub I had ever let myself go with.

My gaze spun wildly around the clearing. “Stop calling me that!” I hissed.

Damn, that voice of his. Momentarily forgetting my ankle, I could feel myself growing wet just from the deep timbre, not to mention how sexy his concern was.

“No, actually, I’m not.” I jerked my gaze from my foot up to his handsome face. “My ankle is throbbing like a mother fucker, not to mention I’m mortified as hell I just busted my ass right in front of you.”

The corners of his lips fluttered, and I could tell he was fighting the urge not to laugh at me. Without a word, he knelt down beside me. “Let me take a look.”

I jerked my foot away from his overeager hands, which caused me to wince from the pain. “I think you’ve done enough already.”

Cocking his dark brows at me, he said, “My mistress’s health and well-being is always my upmost concern.”

I fought the urge to smack him and not so he could get off on it. “Here’s a newsflash for you. We are not in 1740 anymore, Toto, so this whole sub taking care of his mistress bullshit isn’t going to fly.”

“Yeah, well, last time I checked, you’re not sporting my collar, so I’m not your mistress.”

“Ouch, you really bring out the claws when you’re hurting, don’t you?” When I opened my mouth to lay into him again, he brought a finger over my lips. “Quit your bitching, and let me check out your ankle, okay?”

“Are you a doctor or paramedic in real life?”

He smiled, causing those delicious dimples of his to pop out. “No, not quite.”

“Then how do I know you’re actually qualified to look at my ankle and not just wanting to cop a feel of my foot?”

With a chuckle, he replied, “Don’t have a foot fetish either.”

As he slid my tennis shoe off, I hissed. “Answer the question.”

“What qualifies you to look at my ankle?” I demanded.

“I used to be a football coach.”

He laughed. “No, high school.”

“Yeah, you bandage at least one sprained ankle every game.” He glanced up at me. “Yours doesn’t feel sprained, but it’s definitely swollen. I have a first aid kit in my truck. I can bandage it for you.”

I eyed him suspiciously. As a submissive, I knew he truly subscribed to the code of conduct that his mistress always came first. But we weren’t in the club, and although club management did background checks that rivaled the FBI, he was still a stranger to me. Well, a stranger who I’d seen naked and bent over a spanking horse.

Knowing that I didn’t really have a choice, I huffed out a frustrated breath. “Okay, fine. I’ll let you take care of my ankle.”

“Try not to sound so excited about it, okay?” William said with a teasing expression. 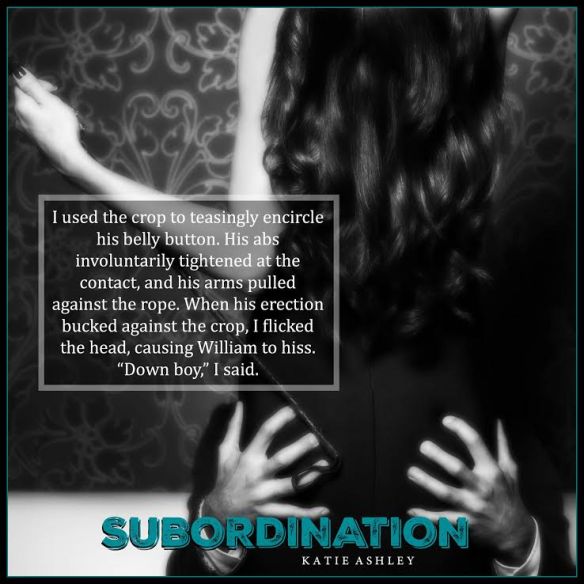 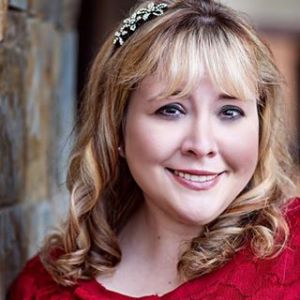 Katie Ashley is the New York Times, USA Today, and Amazon Best-Selling author of The Proposition Series, Runaway Train Series, as well as several New Adult and Young Adult titles. Her latest series, Vicious Cycle, has been picked up for publication by Penguin Books.

She lives outside of Atlanta, Georgia with her two very spoiled dogs. She has a slight obsession with Pinterest, The Golden Girls, Harry Potter, Shakespeare, Supernatural, Sons of Anarchy, Downton Abbey, Designing Women, and Scooby-Doo.   With a BA in English, a BS in Secondary English Education, and a Masters in English Education, she spent 11 1/2 years educating the Youth of America aka teaching MS and HS English until she left to write full time in December 2012.   She is represented by Jane Dystel of Dystel and Goderich Literary Management. 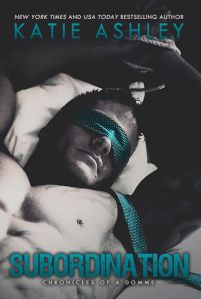