From the bestselling author of Just Remember to Breathe and The Last Hour, a shocking and poignant story of a family on the brink of destruction and the transformational events that could bring them back together—or tear them apart.

Every day, Cole Roberts reminds himself that life wasn’t always this bleak. He was once passionately in love with Erin. Sam used to be an artistic and lively kid. They hadn’t always lived in a shabby two-room house in rural Alabama, where he runs a mediocre restaurant in the middle of nowhere.

That was before Brenna disappeared. It was before Cole lost his job and they lost their home.
Every day it gets worse. Erin drinks wine out of the bottle and spends her days with a tormented expression, searching the web for signs of their daughter. Sam hides in his room and rarely speaks. And Cole works himself to a stupor for a paycheck a fraction of the size of his old salary.

Until one day a phone call changes everything.

Winter Flower is at once a tragic tale of the disappearance of a child; struggling with gender identity; of the dark world of sex-trafficking and the transformation and healing of a family. Sheehan-Miles’s longest novel delves into the depths of family life—and how, sometimes, we can heal and find restoration. 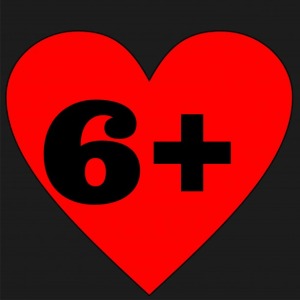 I was so excited when I saw that Charles Sheehan-Miles had a new book coming out.

Charles Sheehan-Miles is one of the best authors I have read. He has an incredible gift of creating characters who the readers immediately embrace as their own. His stories revolve around the family unit with all of the beautiful imperfections and emotional dysfunctions. He captures the reader’s attention with his astute choice of words and vivid descriptions. The reader becomes more than a mere witness to story unraveling, they become an emotional participant.

The story of the Robert’s family is more than losing a child. It’s a journey down the darkest paths while realizing the light isn’t necessarily at the end. The light comes from depending on each other and accepting the things they cannot change. The only thing that matters is their love for one another. It may not fix what’s been broken but it will soothe and strengthen their shattered souls. It will give them courage to move forward one step at a time.

Winter Flower follows each member of the family, switching from past to present. Each member of the family has a different perspective of the past and different way of coping in the present. It all began with the disappearance of their daughter, Brenna. Brenna disappeared on her sixteenth birthday. What should have been a special birthday turned into a horrific nightmare which would destroy their lives. What they didn’t realize was their lives were already on the path of destruction. Brenna’s disappearance was the final blow that tore their world apart. Two years later they are on a very different path trying to survive and rebuild their shattered lives. The only thing they are hanging onto is their tiny thread of hope.

It all begins in a small backward rural town in Alabama. Cole Roberts is working at a Waffle House. He’s struggling to pay the bills and take care of his family after the loss of his daughter. He not only lost his daughter but also his home, his career and six figure salary. His wife has moved from resentment to pure indifference to him. She has chosen the wine bottle to silence her grief. His son Sam has become withdrawn and spends too much time locked away in his room playing computer games. He has become an awkward social recluse and a target for the bullies in his new school. In a sense he has also become a missing child even though he’s physically present. Brenna has been missing for two years and the FBI has moved it to the cold case stack. The only thing they have left is their hope.

Then one day the phone rings with a new lead that finally changes their paths once again. The biggest difference this time is they are walking into the darkness with their eyes wide open. At least they are together with the knowledge they may never find the light. They just need to hang onto each other along the way.

Charles Sheehan-Miles was brutally honest and delivered the harsh realities of this story’s life situations and circumstances. He didn’t sugar coat the ugliness, he made the reader truly feel it. At the same time he instilled hope and clearly illuminated the goodness dwelling below the surface. Although this story had a horrific situation it also had a beautiful message. The resilience of the human soul with the capacity to love, accept, and forgive is what hope truly is.

Winter Flower was more than a novel to be witnessed by the reader. Winter Flower demands the reader become an emotional participant from beginning to end. Long after the last word is read and the book is closed, the reading experience will live on in the heart of the reader.

***ARC generously provided by Author/Publisher for an honest review.***

Charles Miles has been a soldier, computer programmer, short-order cook and non-profit executive, and is the author of more than a dozen fiction and non-fiction books, including the indie bestsellers Just Remember to Breathe and Republic: A Novel of America’s Future. He is a member of The Authors Guild and the Association of Independent Authors.

Charles and his wife Andrea live and write together in South Hadley, Massachusetts. He can be reached by email at Charles [@] sheehanmiles.net