I am never alone. Not even when I am alone.

I see the unquiet dead, the souls that wander through the French Quarter.

They can’t move on, and I can’t stop seeing them.

I wear malachite for protection, and I control what I let in. It’s the only way to stay sane. Everything changes the day Cassian Winslow joins my ghost walking tour and knocks my world off its axis with green eyes the color of the stone around my neck.

An unspeakable evil is loose in New Orleans, taking young women and leaving a bloodbath in his wake. More shadows lurking for me. More unhappy dead. There might be a way to stop it.

Open myself up to Cassian.

If I do, it could spell his death. 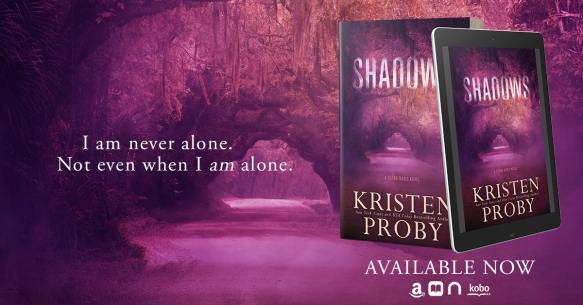 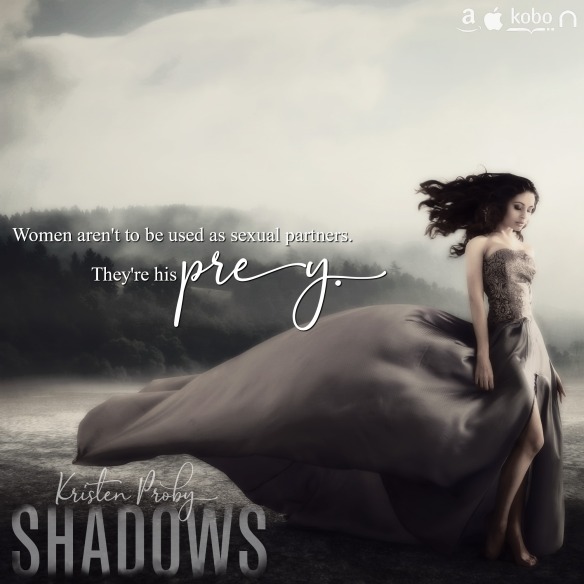 “As I was about to walk down the street, I turned, and there was a shadow on the sidewalk. Just standing there. I’ve never seen her before.”

“Yeah, she was about my height. Very feminine.”

“Did she say anything?”

“Not that I heard. It just threw me because you know how careful I am about my route. I don’t like surprises, especially not like this. It’s creepy as hell. And, yes, I know I should be used to it by now, but—”

“It’s creepy, like you said.” She leans on the counter and bites her lip, thinking. “It probably means that someone recently died there.”

“And now it’s a new spirit on your tour. Too bad she didn’t say anything. If she did, you could add it to your show. Could be fun. ‘Lucy was killed in this building three days ago, and her spirit now wanders the sidewalk in front of her former home.’”

I sigh and run my fingers through my hair. “Did you sweep this area recently?”

“Is the floor dirty?”

I look at her as if she’s being obtuse on purpose. “You know what I mean.”

Millie frowns, looking around the space. Her shields are as strong as mine, maybe stronger because she doesn’t just see the dead, she feels them, and that’s much more dangerous.

She fiddles with the amethyst around her neck.

I narrow my eyes. “I shouldn’t tell you.”

“I don’t want to look, Bri. I dropped my guard for just a second earlier and was slammed with the pervy thoughts of a nineteen-year-old college kid who couldn’t take his eyes off my ass. So, just tell me. Is it the little girl again?”

“Yeah. And she brought a friend.” I reach over to take my sister’s hand. “Don’t drop your shields anymore, Mill. Not for a minute. Ever. I know we live and work here in the Quarter because it’s where we make our living, but it could really hurt us.”

Brielle Landry is well known for her ghost tours throughout the French Quarter in New Orleans. Her tours are  loaded with information and stories most tours don’t relay. The reason is she is sensitive to the other world. She can see the ghosts lurking in every spot, in every crevice, and every corner. She sees their shadows and if she listens, she can hear their stories.  She’s very careful on where she takes her tours and gets the most haunted out of the way first. After years of practice, she has learned to desensitize herself for her tours and is very careful not to deviate the course. Everything is going along smooth until one night her usual route and ordinary tour turns into something dark, sinister, and a sense of evil is lurking in the dark shadows. This time a ghost has completely manifested and is determined to make contact with her. This is only the beginning of ghosts reaching out beyond the grave in desperation. There is an evil that is lurking in the dark, waiting for it’s next victim.

Brielle and her two sisters are native to the New Orleans area. They were raised on the outskirts in the bayou and due to their abusive background they have an extra sensitivity. They all have their own special gifts and ways of communicating with the living and the dead. These gifts are not necessarily a blessing but more of a curse and doorway to the evil that lurks beyond.

Cassian Winslow, aka Cash, came to New Orleans for a vacation from his job as a profiler for the FBI. He’s from Savannah and understands how history, ghosts, and tales beyond the grave can have more truth than most people believe. He has also seen the kind of evil no living person should ever see. His job has taught him to see beyond the facts, dig into the story below the surface, and never underestimate it’s drive.

Young women are coming up missing in New Orleans. Mutilated bodies are showing up in the bayou. Brielle is seeing more than ghostly shadows, she’s seeing the missing girls in their horrific ghostly forms. Cash knows she’s seeing more than she lets on. It’s his job to help her communicate with the dead and protect her from the evil she’s seeing. He can help her help them. He can sift through the facts and put together a profile.

Nothing prepared Brielle, Cash, her sisters, and New Orleans for the evil that has unleashed. It’s only the beginning. It’s going to take an army of every type of witch, warlock, voodoo priest/ priestess, and every other magical being to defeat the darkness that has come out of the shadows.

The only thing I can say about Shadows by Kristen Proby is WOW! This book gave me thrills, chills, terror, and goosebumps while also delivering a fantastic romance. There was a perfect balance of the suspense, horror, and romance. As the story developed it was clearly more than a one book story. The delivery, pacing, and evolving plot left readers satisfied with how this story paused ( I won’t say ended or concluded). It paused with a twist that will open the door for more books in this series. I am guessing there are at five or six more to come. I can’t wait!

If you are looking for something different or paranormal I would highly recommend reading Shadows by Kristen Proby!

Kristen was born and raised in a small resort town in her beloved Montana. In her mid-twenties, she decided to stretch her wings and move to the Pacific Northwest, where she made her home for more than a dozen years.

During that time, Kristen wrote many romance novels and joined organizations such as RWA and other small writing groups. She spent countless hours in workshops, and more mornings than she can count up before the dawn so she could write before going to work. She submitted many manuscripts to agents and editors alike, but was always told no. In the summer of 2012, the self-publishing scene was new and thriving, and Kristen had one goal: to publish just one book. It was something she longed to cross off of her bucket list.

Not only did she publish one book, she’s since published close to thirty titles, many of which have hit the USA Today, New York Times and Wall Street Journal Bestsellers lists. She continues to self publish, best known for her With Me In Seattle and Boudreaux series, and is also proud to work with William Morrow, a division of HarperCollins, with the Fusion Series.

Kristen and her husband, John, make their home in her hometown of Whitefish, Montana with their two pugs and two cats.