Prince of Hearts, the first book in L A Cotton’s angsty mafia romance duet about star-crossed lovers and forbidden love, is now live!!! 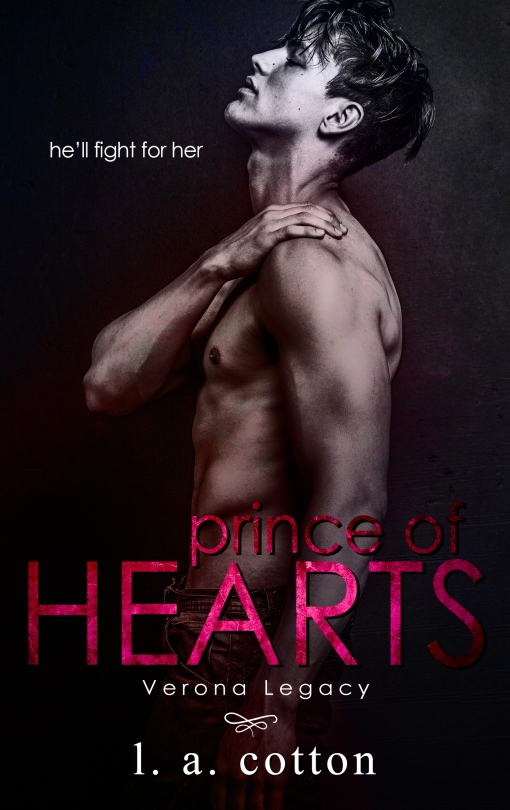 She’d rather spend her days helping at the local shelter than brushing shoulders with her vain and entitled classmates.

He’d rather spend his days getting bloody in the ring than attending class and keeping up pretences.

When their paths cross at Montague University neither of them are willing to drop the walls they’ve spent so long building. But he can’t resist the girl with stars in her eyes, and she can’t forget the guy who saved her that night.

There’s only one catch.

He 𝘪𝘴 the enemy.

And their families are at war.

**Prince of Hearts is the first book in Nicco and Ari’s Duet. Due to mature content that some readers may find distressing, this book is recommended for readers 18+**