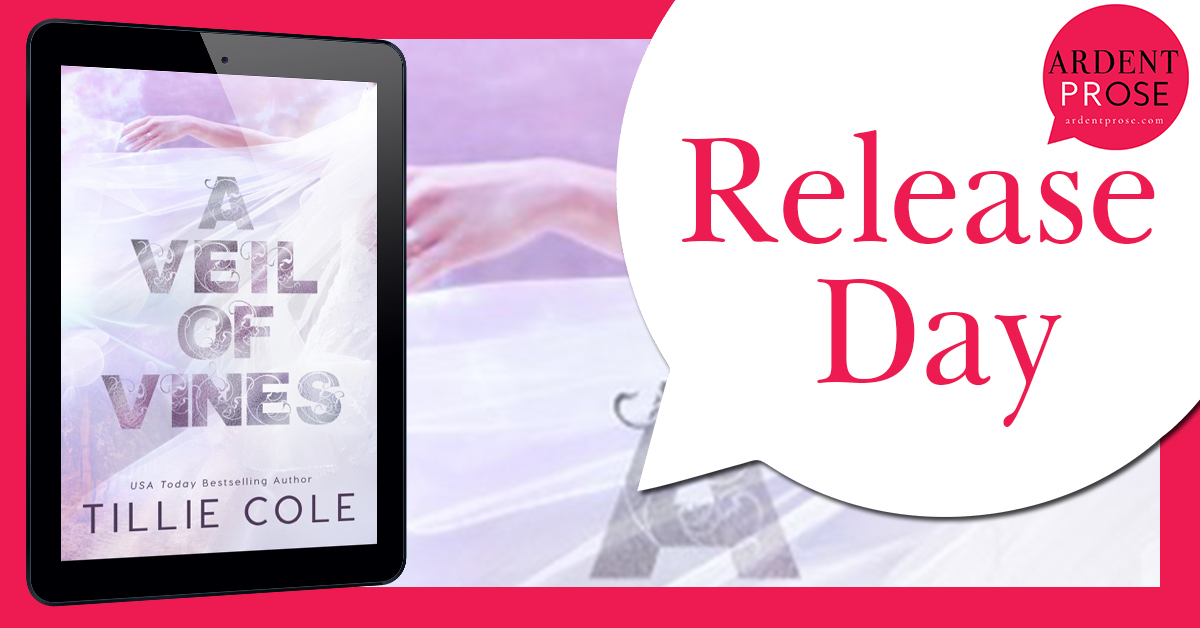 A Veil Of Vines
By Tillie Cole

Synopsis
To most people, princes, princesses, counts and dukes are found only in the pages of the most famous of fairytales. Crowns, priceless jewels and gilded thrones belong only in childhood dreams.
But for some, these frivolous fancies are truth.
For some, they are real life.
On Manhattan’s Upper East Side, people have always treated me as someone special. All because of my ancestral name and legacy. All because of a connection I share to our home country’s most important family of all.
I am Caresa Acardi, the Duchessa di Parma. A blue blood of Italy. I was born to marry well. And now the marriage date is set.
I am to marry into House Savona. The family that would have been the royals had Italy not abolished the monarchy in 1946. But to the aristocrats of my home, the abolition means nothing at all.
The Savonas still hold power where it counts most.
In our tight-knit world of money, status and masked balls, they are everything and more.
And I am soon to become one of them.
I am soon to become Prince Zeno Savona’s wife…
… or at least I was, until I met Achille.
And everything changed.
______________________________________________

I opened the window beside me and stared at the illuminated entrance. I swallowed hard and placed my empty glass on the bar. Metal groaned, breaking through the twilight, as the massive black wrought-iron gates began to open. The limo slowly pulled onto the property’s lane, and I drank in the thick forest that shielded the estate. I inhaled the freshness of the lush green trees. The unpolluted sky was thick with stars—not a single cloud in sight.
A few minutes later, the thick woods cleared, and I gasped. Acres and acres of gold and green vineyards covered the landscape. The scents of plump grapes and damp soil permeated the warm air. I closed my eyes. It reminded me of being a child. It brought me back to the days before I was taken to New York. I could still feel the heat of the Emilia-Romagna sun on my face, the deep smell of olives, grapes and flowers drifting in the breeze as I ran around our Parma estate.
I smiled a nostalgic smile and allowed my eyes to drift open again. I rested my arms on the window and leaned my chin on them as the limo drove on. There were several small villas peppered over the landscape, their lights twinkling in the distance. They must have been the winemakers’ residences. It was not only the Bella Collina merlot that was made on this land; other reds were too—particularly the Chianti from the region’s finest Sangiovese grapes. The Bella Collina olive oil was also up there with the best. But nothing compared to the famed merlot.
The limo turned right, and my breath caught in my throat. I lifted my head and stared disbelievingly at the property ahead. Bella Collina was a veritable Palace of Versailles tucked away in the Umbrian wilderness.
“Mio Dio,” I whispered as I took in the imposing stone structure, the sweeping steps and the vast number of windows set in the building’s walls. Large pillars of red-veined marble flanked the entrance. Cypress trees framed the estate as if it were the shining star of a fine Renaissance painting. Sculptures of famed Savona monarchs of old stood proudly on the manicured lawns, and strategically placed lighting illuminated the sheer perfection of every piece of topiary.
As a child, I had been to the Palazzo Savona in Florence. It was widely regarded to be one of the finest estates in all of Italy, if not western Europe. But this . . . this . . . there were no words. It was perfectly placed, as if it had always been there. As if it had grown naturally from the Umbrian earth just as sure as the vines and woods that kept this architectural treasure hidden from view.

A Veil of Vines by Tillie Cole is a must read.  I could not put this book down.  It was a beautiful romance that blossomed in a world where neither of them fit.

A Veil of Vines is heaped with Italian traditions and royal hierarchy.  Although Italy no longer recognizes the royal family as a ruling class, they are still prominent in the traditional customs of the Italian people.

Duchess Caresa Acardi has come to Italy to marry the heir to the Italian throne.  By blood she is bound to the life long traditions of the people of Italy.  She is to become their queen.  Being raised in America has altered her views of love and marriage.  Tradition and the family winery are at stake.  In order to save the winery, the royal family has to show solidity and stability.  The soon to be king has a notorious playboy reputation.  He is a spoiled prince living off his family legacy. She is conflicted about her upcoming marriage to a man that she met briefly as a child.  Her love for her family and their deeply tied roots is the only reasoning she can abide by.  Once she arrives in Italy she finds that her heart may not be tied to the future king but is tied to the land itself.

Achille is the winemaker for the royal winery.  His deep ties to the land and his innate sense of taste has made his wines beyond excellent.  He will always be tied to the land.  It’s his life force until he meets Caresa, his future queen.

I won’t say much more except Tillie Cole did a phenomenal job writing this book.  The beautiful descriptions brings the reader to Italy.  This emotional story is more than a royal romance.  It is a book of deep abiding love for tradition and love for the land.  It is a special  love story that truly shows what matters most in the heart.

I highly recommend A Veil Of Vines by Tillie Cole.