Ten years ago I had no idea what I wanted out of life, until I met Hannah Michaels. She was a computer-engineering student ready to conquer the social media world, and I was smitten. Even though I knew she was taken, I had to have her.

Being the big shot that I was, I didn’t let her status stand in my way. It wasn’t long before my hands were on her thighs and my name a whisper on her lips. This smart, sexy girl inspired me to greatness, helped me grow into the kind of man I never knew I wanted to be. The man I am today.

Too bad I hadn’t grown fast enough to keep her.

Moving on wasn’t easy, but I knew I had to let her go. Eventually, I found someone to share my days and nights with, and together we had a daughter. My life was nearly perfect until my world turned upside down.

A single father has challenges, and one of those is learning how to calmly deal with your child coming home in tears. I had no idea the day I pounded on my daughter’s classmate’s door, Hannah would be the one standing on the other side.

The wild, burning desire that rushed through my veins was unwanted, and yet impossible to ignore. Letting her in meant so much more this time around. Guilt hit me like a hammer. I hated myself. I hated her. The problem was I really didn’t hate her—I wanted her more than ever.

But this time around, I can’t have her.

This time it’s my status that stands in our way—and going up against myself just might be the hardest thing I’ve ever done.

PURCHASE Big Shot through 7/30 and get Sexy Jerk included in your download for FREE! 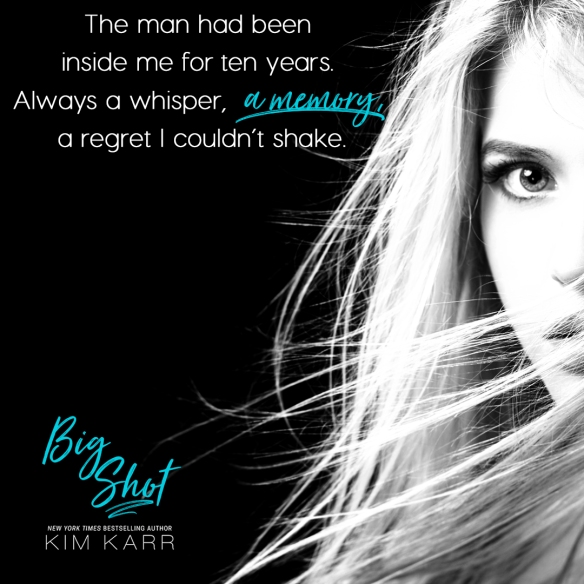 It’s no secret that I am a huge Kim Karr fan.  I love her writing.  She has the unique ability to think outside of the box and take predictable plots to another level.  She also gives her characters complex personalities that come as a surprise as their character develops in a book.  I can honestly say that Big Shot is one of my favorite books by her so far.

Readers were introduced to Jace in Sexy Jerk.  Besides being a successful businessman, he is a single father and widower.  Readers were able to get a glimpse of him while he was bogged down with his grief and maneuvering parenthood.  We also got to see a bit of his kinky side as well, when he becomes the third in his best friend’s bedroom.  The impressions readers were left with were intriguing.  We knew there had to be more to this man than what was initially presented.  It all goes back to ten years ago when he was a college student and fell hopelessly in love with his best friend’s girl.  The twisted love triangle ended badly and none of them got their happily ever after.  They all moved on in life and found their special someone to build a future with.  Unfortunately for Jace, his happily ever after was ended abruptly and he was left alone with his darling daughter. His main focus in life is raising her.  When a bully from school upsets his daughter he does what any good parent does, he takes control of the situation.  When he confronts the bully’s parent he’s in for a complete surprise.  It was the girl he fell hopelessly in love with and lost ten years ago.  He doesn’t want to want her and he can’t stay away.  This time around he has life experience, maturity, and better coping mechanisms in his arsenal.  He’s not going to let Hannah get away this time but first he has to let go of his grief.

Hannah never thought she would see Jace again after college.  When he turns up on her doorstep angry and defensive, she’s shocked.  Dealing with him on a daily basis through their children’s school functions is manageable.  What makes it worse is she was hired to work for his company.  Now she has to deal with him at work.  She’s not the same girl she once was.  Her future took a very different path and now her priorities are making a good life for her and her son.

Hannah and Jace can’t stay away from one another.  This time there isn’t a third person in the bedroom to hold back their insatiable passion for one another.  The only thing standing in their way is themselves.  They will have to choose how they want to mold their futures.  The choice may be what fate intended for them all along.

The only thing I can say is I LOVED THIS BOOK!  Kim Karr explored all the emotions that most authors don’t touch upon in menage type romances.  She showed the other side of the passion and the realities of the emotional repercussions.

I would highly recommend this book!

Kim is a daydreamer. So much so that if daydreaming could be a hobby it would be her favorite. It’s how her stories are born and how they take root. An imagination that runs wild is something to be thankful for, and she is very thankful. 🙂

She grew up in New York and now lives in Florida with her husband and four kids. She’s always had a love for reading books and writing. Being an English major in college, she wanted to teach at the college level but that was not to be. She went on to receive an MBA and became a project manager until quitting to raise her family. Kim currently works part-time with her husband and with the rest of her time embraces one of her biggest passions–writing.

Kim wears a lot of hats! Writer, book-lover, wife, soccer-mom, taxi driver, and the all around go-to person of her family. However, she always finds time to read. 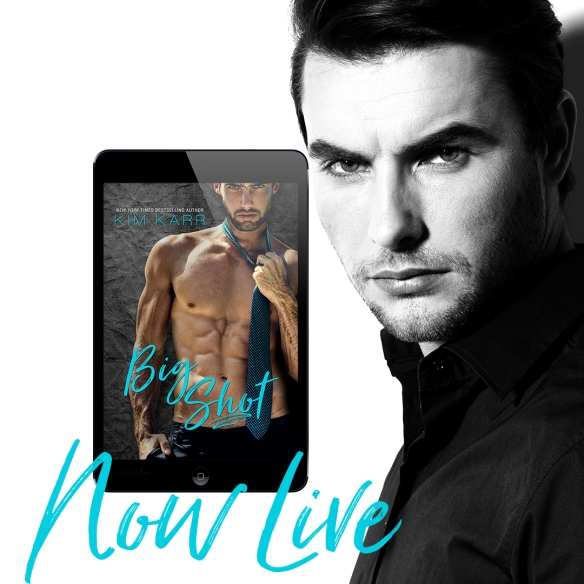