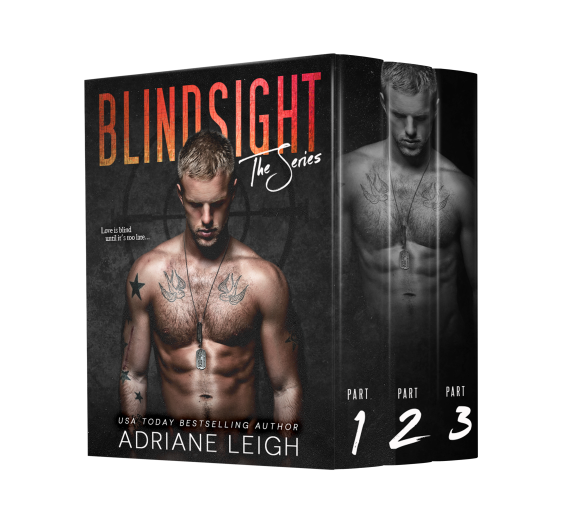 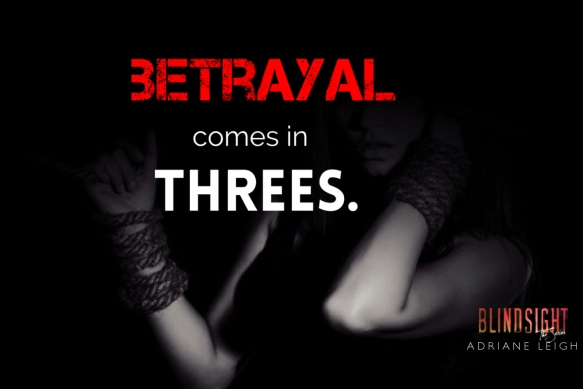 She thinks I need her.

What she doesn’t know is she needs me more.

I’m hiring her to protect her.

To save her life.

To make her beg.

Because her big brown eyes make my d-ck pound and the thought of leaving her to the wolves makes my heart bleed. But the past is colliding with an out of focus present that’s on course to a fatal future. Unless I can beat fate at its own game.

She and I were far from chance.

Because I’m her enemy.

She’ll thank me at the end of this, and if she doesn’t, I’ll force her to beg.

The only woman I’ve ever loved: taken.

The only man I’ve ever called a father: wanted.

I was hired to watch her, tasked myself with protecting her, and now I have to save her.

I tried to be her Romeo, but despite everything the past crashed into our lives like wild thunder.

She begged me to run, I begged her to stay, until a force greater than both of us took over.

Betrayal comes in threes, and the other shoe’s about to drop.

*Blindsight is intended for a mature audience only due to graphic sex, violence, and language.

Adriane Leigh was born and raised in a snowbank in Michigan’s Upper Peninsula and now lives among the sand dunes of the Lake Michigan lakeshore.
She graduated with a Literature degree but never particularly enjoyed reading Shakespeare or Chaucer.
She is married to a tall, dark, and handsome guy, and plays mama to two sweet baby girls. She is a voracious reader and wishes she had more time to knit scarves to keep her warm during the arctic Michigan winters.