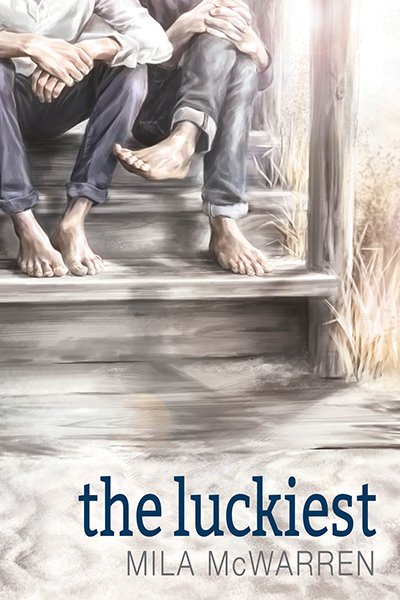 When New York-based memoirist Aaron Wilkinson gathers with his high school friends to marry off two of their own, he is forced to spend a week with Nik, the boy who broke his heart.
As they settle into the Texas beach house where the nuptials will be performed, Nik quickly makes his intentions clear: he wants Aaron back. “He’s coming hard, baby,” a friend warns, setting the tone for a week of transition where Aaron and Nik must decide if they are playing for keeps.

** Provided by Author via Promotion in Exchange for an Honest Review. **
Judging a Book by it’s Cover:
Sketch effect and sun drenched, it’s not vibrant and eye-catching like many book covers on the market today, but it is simple and whispers of a warm contemporary. The synopsis backs the idea of this.
Looking Deeper:
Give this format points for uniqueness, although it makes the story a little more difficult to follow for it; it’s comprised of text messages, emails, and blog posts – as well as a third-person narrative from Aaron’s perspective. Most of it centers, day by day, on the week leading up to one of Aaron’s best friend’s wedding. The whole group of high school friends, including his ex that he still has feelings for despite the years apart, are there to help Alex and David prepare for their big day. Nik still has feelings for Aaron and he knows he’s going to have to work hard and long to make up for the hurt he’s caused Aaron. It’s a sweet and touching story of second chances. After about four years with only sporadic and awkward “same place, same time” situations , Aaron and Nik find themselves face-to-face, together again. Now both single, Nik is on a mission to right the wrongs and clear the miscommunications between them, which were many. The conflicts were more of the old and festering type than the current time and place type. The now older, more mature young men were able to resolve their conflicts and the secondary conflicts easily and efficiently. Predictability was not really an issue, nor were there any fun surprises. The conclusion is solid, there’s a series of quickie wrap-ups in an epilogue that provide closure to several of the the characters outside of Aaron and Nik as well. It was a nice read, I enjoyed it.

Mila McWarren grew up in Texas, but has happily made her home on the East Coast for the last decade. In her day job she works as a social scientist and has spent the last 10 years developing her fiction writing online. She lives with her husband and their two kids. When she isn’t using working, writing, or hanging out with her family, she likes knitting and watching television, because they go together like peanut butter and chocolate, two of her other great loves.
@milamcwarren
milamcwarren.tumblr.com
www.milamcwarren.com

My Tweets
Join 23,736 other followers